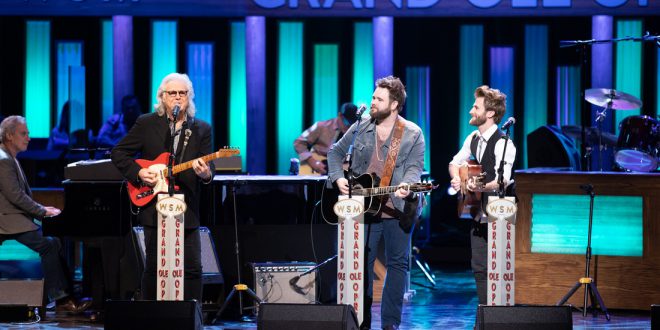 The Swon Brothers crossed off a BIG “Bucket List” moment recently during a Grand Ole Opry appearance. Hall of Fame inductee and music legend, Ricky Skaggs, happened to be hosting the segment they were on. They invited him to sing with them and he accepted! The duo’s late grandmother had always been a huge fan of Mr. Skaggs and introduced her grandsons to his music. So… they dusted off her guitar, which she had passed down to them, and brought it onstage to play on her favorite Skaggs song, “Crying My Heart Out Over You.” The brothers were thrilled to sing with their hero and thankful to be able to honor their grandmother with that performance. See it HERE.

Zach and Colton will make several appearances this week during CMA Music Fest, including signing in the Opry Booth today at 1pm in Fan Fair X in the Music City Center, performing a special Bose POP UP performance in the Ryman Plaza at 11am on Friday and then at Ole Red for a 3pm performance presented by Spotify and Opry Entertainment.