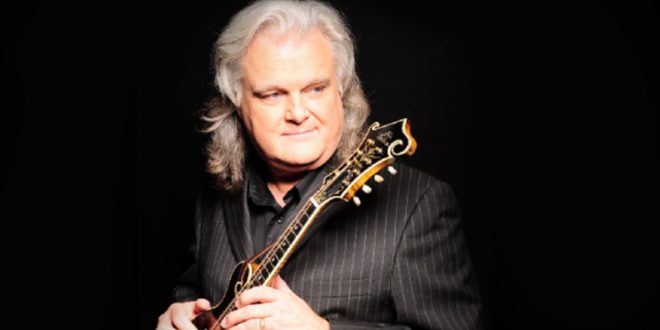 Country and bluegrass music legend Ricky Skaggs will be the special guest on the 75th running of the CSX Santa Train on Saturday, November 18.

Skaggs was raised in Cordell, Kentucky, making the cause of helping the people of Appalachia something very near and dear to his heart.

“So excited to get to do the Santa Train this year… it’s a beautiful thing,” says Skaggs. “I love the children of Appalachia and I love Christmas, so it’s gonna be a great thing for my heart. Can’t wait!”

Skaggs, whose impressive resume includes 15 GRAMMY® Awards, 12 #1 hits and eight CMA awards, has been performing bluegrass music for much of his life. He’s been especially busy lately as he continues to tour the country playing music that is both fed by the soul and felt by the heart.

“We are so excited to have an icon like Ricky Skaggs join us on this year’s Santa Train,” said Tori Kaplan, Vice President of Communications and Field Support for CSX. “This year’s train marks 75 years of giving back to the families of Appalachia, and we couldn’t have picked a better partner and representative of Appalachia than Ricky.”

Each year since 1942, CSX’s Santa Train embarks on a journey from Shelby, Ky., to Kingsport, Tenn., to spread holiday cheer, passing out gifts to families in cities along the rail line. The Santa Train makes 14 stops in Kentucky, Virginia and Tennessee, delivering toys, food and winter clothing to hundreds of residents along the way. Skaggs will accompany Santa Claus and event sponsors CSX, Food City, Kingsport Chamber of Commerce, Appalachian Power and Soles 4 Souls on the 110-mile trek. He will perform live at the train’s final stop in Kingsport.

Fans can use the hashtag #santatrainis75 to follow the train online and engage in the Santa Train conversation on social media.