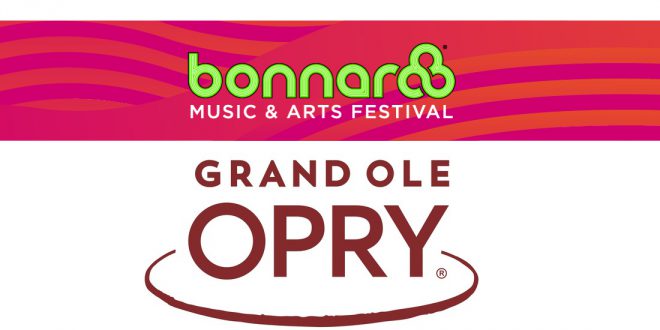 Bonnaroo Tickets on Sale!   The show that made country music famous will stage its first-ever show from the famed Bonnaroo Music & Arts Festival in Manchester, TN. The festival made its first 2018 artist lineup announcements this morning, including not only  “Grand Ole Opry at Bonnaroo”, but also headliners Eminem, The Killers and Muse and artists ranging from Sturgill Simpson, Bon Iver, Khalid, Paramore, Sheryl Crow, Old Crow Medicine Show, T-Pain and more.  Click HERE for the official Bonnaroo lineup announcement. Artists scheduled to appear on the Opry’s Bonnaroo show will be announced in the coming weeks.

The Grand Ole Opry showcases the best in country music to fans around the world several times each week throughout its 92-year history, the show has also welcomed guests from numerous genres and walks of life, Rock & Roll Hall of Famers, Academy Award-winning actors and directors, and even U.S. Presidents.

LISTEN: Dwain Messer Releases “Cowboys and Rednecks Like Me”

For the past 127 years, Nashville based Gibson Guitar has been synonymous with creating and …