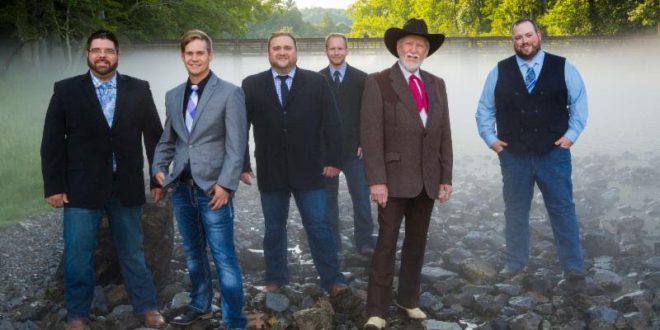 Doyle Lawson & Quicksilver bring a little more “Life To My Days” with the first radio release from their upcoming Mountain Home Music Company project, LIFE IS A STORY, due out August 25.  Popular online destination The Boot will premiere the song today; fans can pre-order the digital album release HERE and receive “Life To My Days” as an instant “grat-track.”  Radio can access the single now via AirPlay Direct.

The song resonates with positivity as the protagonist vows to dedicate himself to giving more to each day instead of focusing on the limitations of life:

So if I’m one of those travelers whose journey gets cut short
And leave the ones I leave behind, wishing I had more time
All I can say is I can’t add more days to my life
So I’ll add more life to my days (Salley, Lee, McGlamery)

The tune’s message immediately grabbed Doyle’s attention.  “I reached out to Jerry as soon as we started looking for songs for this project,” Lawson notes.  “He’s been a favorite writer of mine for years, and a good friend.  When I heard this, it really hit home for me.  It’s certainly good advice for us all.”

For writer Salley, having DLQ record the song meant a lot.  “As soon as we finished this song, my first thought was about how my friend, Doyle, is always moving ahead, never slowing down, adding ‘life’ to every single day,” he recalls.  “He was the first artist to hear the song, and he loved it.  As writers, we couldn’t have asked for a better interpretation of the song,” Jerry adds.  “It almost sounds like it was written for Eli’s voice … he sings it perfectly.”