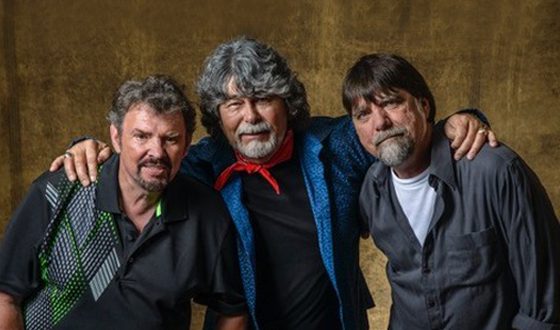 Tomorrow evening (10/21), Country music legends ALABAMA will be honored to be in the company of five former U.S. presidents, including Presidents Obama, George W. Bush, Clinton, George H. W. Bush and Carter when they perform for “Deep From The Heart: The One America Appeal” at Texas A&M’s Reed Arena in College Station. As previously announced by The George H. W. Bush Presidential Library Foundation, the sold-out benefit concert will bring the former presidents together to raise much-needed funds for citizens who have been impacted by Hurricanes Harvey, Irma and Maria throughout Puerto Rico, Texas, Florida and the Caribbean.
ALABAMA will be joined by Lyle Lovett, Robert Earl Keen, Lee Greenwood, Sam Moore, Cassadee Pope, Yolanda Adams, Stephanie Quayle, and The Gatlins for the special concert. All ticket sales and proceeds will go to the special hurricane recovery effort launched last month by the five living former U.S. presidents. More information on the event can be found here. Fans may livestream the event from 7:00-9:00pm CST via One America Appeal’s YouTube Channel here. For those not attending, tax deductible donations of any amount can be made at OneAmericaAppeal.org or you can give $10 by texting “OneAmerica” to 50555.
Christmas came early this October as ALABAMA celebrated the recent BMG release of its first newly recorded Christmas album in 21 years, AMERICAN CHRISTMAS, with a private listening party exclusively for friends, family and local media at Nashville’s Sound Emporium, where the band recorded the album. With the studio decked out in full holiday décor, band members Jeff Cook, Teddy Gentry and Randy Owen shared intimate details behind each song on the album with their surrounding loved ones and long-time supporters.