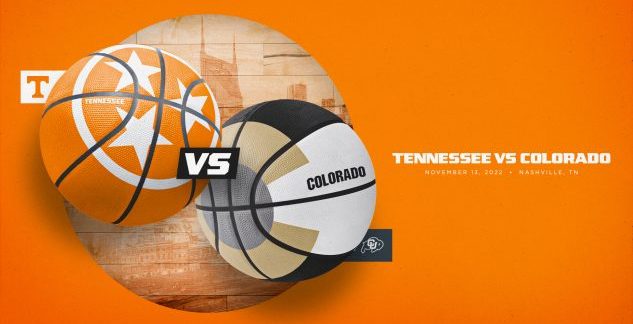 The final matchup of the Tennessee basketball team’s three-game series with Colorado is set to take place at Bridgestone Arena in downtown Nashville on Sunday, Nov. 13. Upgraded seats may be available (Lower Level 100s). Check ticket links for premium seating options and availability.

Tickets go on sale to the public starting at 11 a.m. ET on Tuesday, Aug. 2 and can be purchased through Ticketmaster. Tipoff time and television details have yet to be announced. Tickets can also be purchased on Nashville.com HERE.

The Volunteers defeated Colorado, 56-47, in front of a reduced-capacity crowd at Thompson-Boling Arena to open the 2020-21 season. Then, last year in Boulder, NBA Draft pick Kennedy Chandler scored a career-high 27 points to power the Vols to a 69-54 triumph.

This season in the heart of Music City, Tennessee looks to run its all-time record against Colorado to 5-0.

Colorado looks to build on its recent success, which has included four-straight 20-win seasons and a pair of Pac 12 top-four finishes.

The Buffaloes are one of two Pac 12 foes the Big Orange will face away from home this season, as UT travels to Arizona in December.

The Vols own a 22-12 all-time record against current members of the Pac 12 Conference and are 10-9 all-time at Bridgestone Arena.

The SEC Tournament also returns to Bridgestone Arena this season, with the event set to take place on Broadway March 8-12.

The Nov. 13 Tennessee-Colorado hoops matchup coincides with a Tennessee Titans home game against the Denver Broncos, which kicks off at 1 p.m. ET / noon CT.