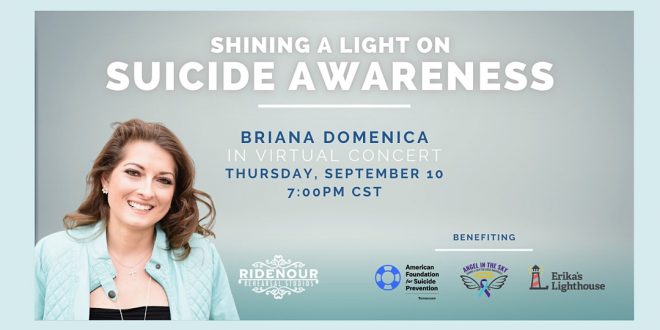 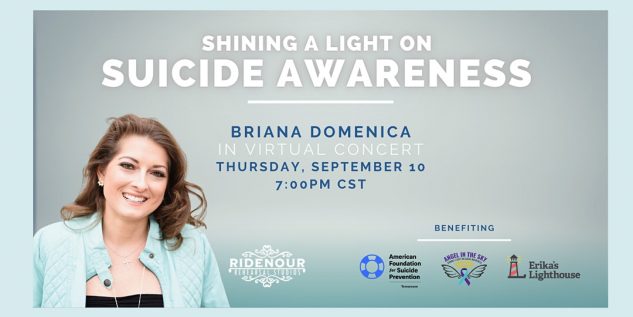 Please join us for a very special event we will be hosting at Ridenour Rehearsal Studios honoring “World Suicide Prevention Day” with a virtual  concert featuring music by Contemporary Christian singer/songwriter and speaker, Briana Domenica. She will also be releasing her new single and video, “Warrior in Me” surrounding this day which is very personal to her. She co-wrote this song with Keith Ridenour and it was produced by Grammy award-winner, Nate Cornell (For King and Country) and her video was produced and directed by Robert Chavers.

The event will be broadcast live on Facebook @BrianaDomenicaMusic and in person at Ridenour Rehearsal Studios (1203 Park Avenue, Murfreesboro, TN 37129, Phone: 615-956-7413) and is a CDC-compliant event. It will be held on Thursday, September 10 that 7pm CST.