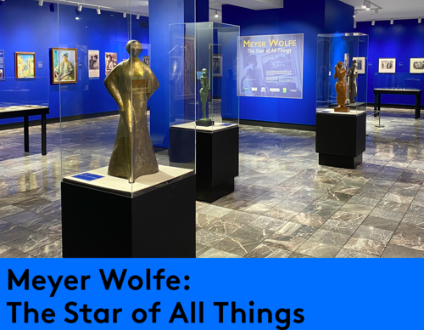 Meyer Wolfe: The Star of All Things

Meyer Wolfe: The Star of All Things 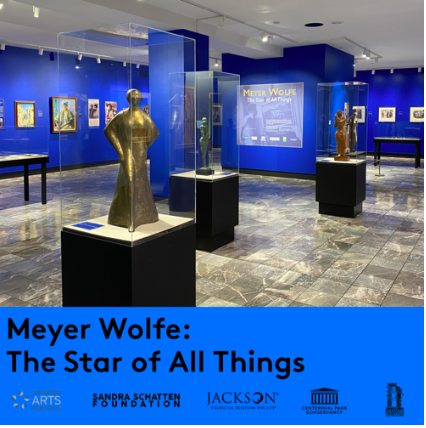 The Parthenon, in partnership with the Centennial Park Conservancy, will present Meyer Wolfe: The Star of All Things. The exhibit, which will be on view in the Parthenon’s East Gallery from Friday, February 5 through Sunday, June 6, presents images, artwork, and ephemera from Meyer Wolfe, an eclectic and prodigious artist best known for his portraits of Nashville’s Black community. “This exhibit is a wonderful myriad of styles and mediums, and is a cavalcade of art and cultural history.” said Mark Medley, Parthenon Curator. “Some of this work will be displayed for the first time in 40 years, and the Parthenon sincerely thanks Cheekwood Estate & Gardens, the Tennessee State Museum, and Wolfe descendant Dr. Lawrence K. Wolfe for kindly loaning over 50 pieces for the show. The Star of All Things celebrates the life and work of a great Tennessee artist.”

The son of Lithuanian immigrants, Meyer Wolfe was born in 1897 and grew up in a poor, racially diverse ward located near the Tennessee State Capitol. As a youth he began keeping sketchbooks of the area, and after attending art school in Chicago, New York, and Paris, he returned to Nashville in the 1930s to produce lithographs of the people and places in his former neighborhood. These prints became acclaimed documents of African American life in the twentieth century and are found in museums across America.

Famous for his printmaking, Wolfe made all types of art during his lifetime. After World War II, he and his wife, fashion photography pioneer Louise Dahl-Wolfe, lived in New York and traveled extensively. Absorbing new mediums and styles, including sculpture and Surrealism, Wolfe’s work became more stylized and mysterious. This new direction developed over several decades, culminating in a triumphant 1979 Nashville retrospective.