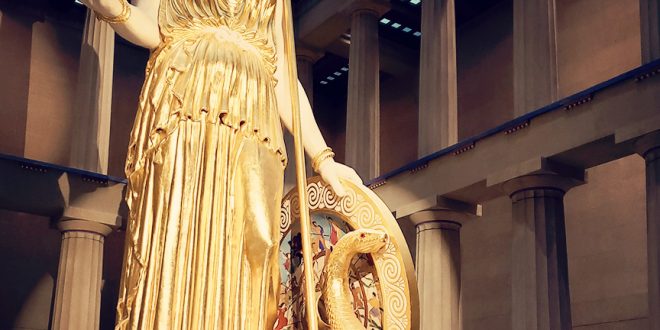 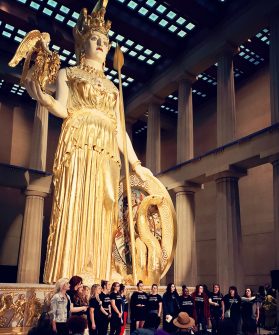 The 2020 Nashville International Women’s Day event is being hosted at The Parthenon, with event Speakers and Performers appearing at the feet of the statue of Athena and Nike, taking flight in front of the statue of the Leaders of the Tennessee Women’s Suffrage Movement. We aim to represent Women, Girls, and members of every shade of the gender spectrum involved in helping our Nashville Community #TakeFlight and fight for #EquityForAll.

Celebrated annually on March 8th, International Women’s Day marks a call to action for accelerating gender parity while featuring the social, economic, cultural, and political achievements of women worldwide. It has been celebrated for over a century, with the first ever event held in 1911 with support from over a million people in Austria, Denmark, Germany, and Switzerland.

Having spoken at the 2017 and 2018 IWD celebrations and successfully launched the IWDNashville event at The Parthenon in 2019, Alexis Hughes-Williams and Liz Fitzgerald continue to build on the tradition, partnering with like-minded allies across the spectrum, and working to give Nashville a legacy of events, talks, and workshops meant to further our progress on the path toward gender parity.